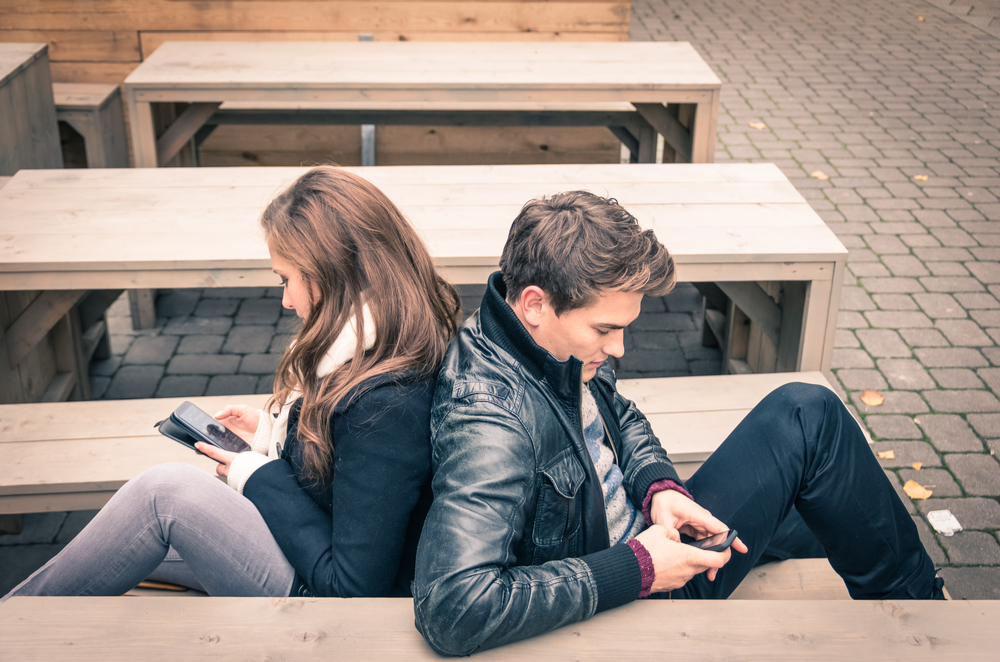 So if communication isn’t the (only) answer, what is? What should we work on to build, maintain, or improve our romantic relationships? I believe we should start with increasing acceptance, creating an atmosphere where good feelings outweigh the bad, and work on turning the all-too-common negative interaction cycles into positive ones instead.

In my practice, I’ve worked with numerous clients who state that their relationships are filled with negativity. They may not be able to pinpoint any one specific problem or issue- they simply feel trapped in an environment of negativity. Negativity tends to breed negativity. That is to say, when one partner approaches the other with a negative tone, the other one tends to respond in kind. This then prompts an even more negative reaction from partner number one. And so it escalates. In time we even come to expect this negativity, and may already preemptively become defensive when we see our partner approaching. Added to that is the fact that we, as humans, are biologically and evolutionarily pre-programmed to notice and respond to undesirable events.

The good ones simply don’t require our attention in the same way- there’s nothing to fix there! So unfortunately, creating a cycle of positivity requires attention and conscious effort; it isn’t as automatic. This isn’t to say that we should (or could!) aim to eliminate all negative interactions. Dr. Gottman’s research has discovered a formula for happy relationships- 5:1. This means that happy couples have an average of five positive interactions for every negative one. These positive interactions don’t have to be grand romantic gestures. In fact, it’s much more effective to have many small, nice moments, rather than a few amazing ones. A smile, a note or text, an “I love you”, an impromptu hug- these are all small everyday things we can all incorporate into our relationships to improve them. I’d suggest having a conversation with your partner to find out how you can best show your love, affection, and admiration for them. Some people might appreciate a gift, while others would much prefer you to take over a dreaded chore. The important thing is to be aware of your partner’s preferences so your show of love is actually perceived as such.

You can also increase positive interactions by practicing noticing the good things. Like I said, this is something that doesn’t tend to come naturally, but instead must be consciously decided and practiced. So spend the next week purposefully looking for things your partner is doing right- and point them out. You can also spend some time each evening telling your partner what you appreciate about them- the more specific, the better.

Another way to increase the positivity in your relationship is to approach your partner in a softer, gentler manner when you have something to discuss. As previously stated, a negative approach will almost guarantee a negative reaction. So, instead of saying “ You’re such a slob! Why do you keep leaving your dirty clothes everywhere? Do you need a map to the hamper?”, you might soften this to something more along the lines of “I know you got home late from work and were really tired, but I would love it if you’d throw your work clothes in the laundry basket”.

While I believe that positivity is the lifeblood of a thriving relationship, another thing to practice in order to improve your connection is acceptance. You will never find a flawless partner. None of us are. In fact, those leaving a relationship due to their partner’s irritating habits often find themselves with a new partner whose flaws make them even crazier! In other words, the grass might be greener on the other side- but you may instead discover a leaky roof! The trick is to learn how to live with each other’s flaws and foibles rather than continually fighting them. Dr. Gottman likens these sorts of problems to a physical ailment like having a bad back- you learn to avoid things that exacerbate the pain, and when the pain does flare up, you manage it with a heating pad or pain medicine.

One effective “medicine” to alleviate relationship pains is the use of humor. Don’t take yourself or each other too seriously. Using affection and laughter is a great way to reduce tension caused by two people with their own thoughts, feelings, opinions, and pasts trying to do life together. Also, be willing to consider that your partner might actually have some valid points in their arguments. Just like the saying goes- would you rather be right or happy? We very easily become so entrenched in our own positions, we refuse to budge even a little. This makes it nearly impossible that we would see- much less accept- that our partner’s viewpoint may be just as valid as our own. Relationships don’t need to be a zero-sum game.

So is communication overrated? I would argue that, while important, it pales in comparison to acceptance and overall positivity. Relationships filled with friendship, kindness, appreciation, acceptance, and laughter are well equipped to withstand the occasional storm and come out stronger on the other side. The good news is, with a little bit of practice, these new skills can  ecome habits that will carry your relationship through the toughest of times.

Book an appoitment with Joanna